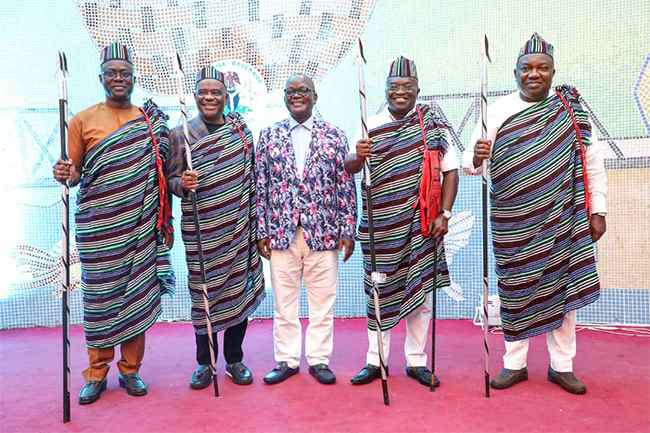 Benue State governor, Samuel Ortom, has refuted allegations that the G-5 governors had endorsed the PDP presidential candidate, Atiku Abubakar for the 2023 elections.

In a statement on Tuesday, Terver Akase, Ortom’s Special Adviser on Media and Publicity, announced this.

Part of the statement reads, “We read a fictitious online report which claimed that the Benue State Governor, Samuel Ortom and his colleagues in the G-5 have resolved to work for the presidential candidate of Peoples Democratic Party, PDP, Alhaji Atiku Abubakar, to win the 2023 election.

“The report is not only false but also mischievous as it is targeted at embarrassing the five Governors who have chosen the path of justice, fairness and equity.

“Manufacturers of the said report were apparently on a desperate mission to score a cheap political point. The report could not mention the place and date of the said meeting of G-5 Governors.

“The writers only sought to take advantage of the crisis within the PDP for their selfish purposes. Governor Ortom and other members of the G-5 have not endorsed the said presidential candidate.

“When the Governor met with the expanded state caucus of PDP yesterday January 9, 2023 at the Benue Peoples House, Makurdi, his message to them was crystal clear that the national leadership of PDP has failed to utilise its internal conflict resolution mechanism which has led to the crisis rocking the party. The Governor said during the meeting that if the crisis is not resolved before the elections, he would be left with no other option than to take a stand on the matter.

He added, however, that he wouldn’t impose his decision on members of the party in the state.”