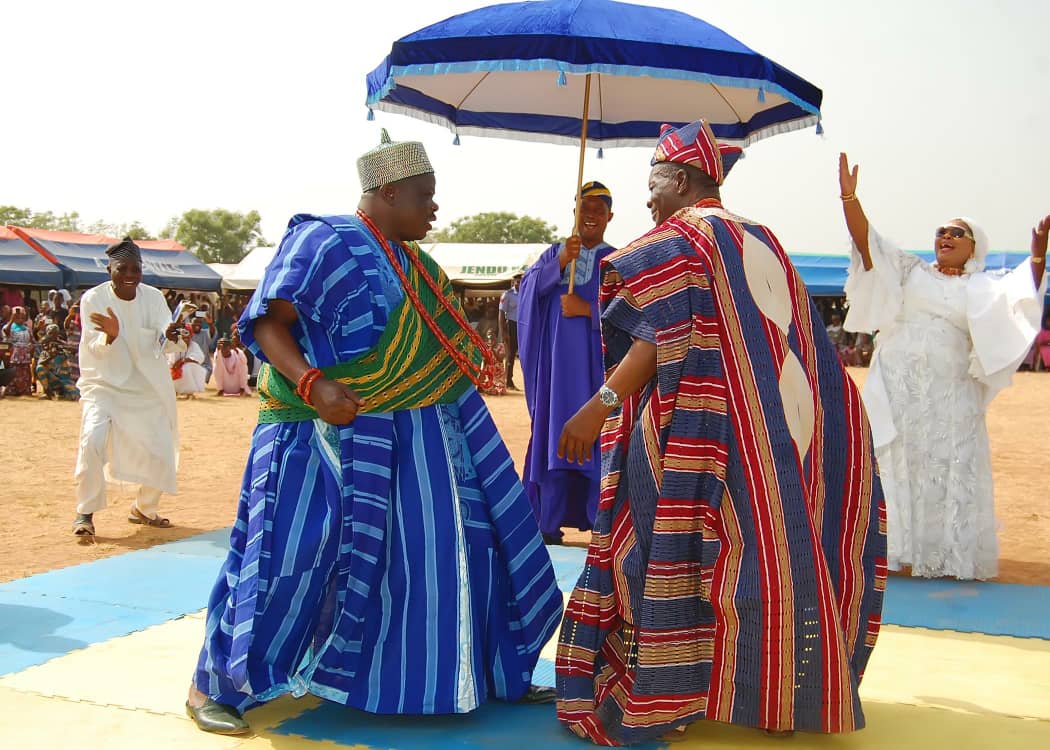 In Offa, Ijakadi has nuances that combine to tell the story of the community.  Midlandpost previews the upcoming festival.

Every December, sons and daughters of Offa, in Kwara State, including their friends converge in the ancient community for Ijakadi festival. Besides the pageantry which offers highly colouful displays laced with historical and traditional flavour, the festival has become a most vibrant showcase of the community’s essences in all its elegance and pride.

A key part of the nationally-acclaimed Ijakadi Festival is the wrestling bout between the king and Eesa, the highest in rank among his chiefs. The wrestling symbolises the very root on which the community is founded. It explains the very reason why Offa and its citizens carries the appellations Ijakadi (wrestling) and Laare (divide-it-equally) to mean the sense of equity, fairness and justice to which an Offa man or woman will subscribe and demand from his fellow being.

But there are unending misconceptions of this part of the festival, which pitched the king against his chief in physical combat while the crowd cheers them on. The age-grade bouts are not different. Unlike other communities where traditional wrestling bouts are used to determine physical prowess of the fighters, every step, move, turn and twist in Ijakadi has its nuances that combine to tell the story of the community.

As the community prepares for this year’s edition of the festival, which holds between December 24 and 28, Midlandpost  went on the trail of Aremo of Offa, Professor Jimoh Mosobalaje Oyawoye who clarified the fact and fictions of the festival and explained what he called the ‘chemistry’ of an man.

According to Oyawoye, his life signposts everything that an average Offa man would likely be.

Perhaps a close up on him would explain this drift. He is undoubtedly a world known personality. As the first African Professor of Geology, he brought fame, respect and admiration to Nigeria. He has been variously honoured by the nation as well as distinguished organisations and institutions.

He was given Alumni Achievements Award by Washington State University in 1984, awarded Honourary Fellow of the Nigeria Association of Petroleum Explorationists in 1991 and made Honourary Citizen of Leoburk, USA in 1970. He was awarded the Right Honourable Nnamdi Azikwe Medal in 2000 and crowned all these with national honour as an officer of the Order of Niger, OON, and subsequently Commander of the Order of the Niger, CON.

Both the  University College Ibadan, which he served diligently upon his return from overseas and left in anger and horror of what he called military jackboot policies and the Durham University, where he bagged his Ph.D, found him worthy of their Honoris Causa crowns and installed him such, in 2009 and 2014, respectively.

Here is a man, who had also steered the ship of the West Africa Examinations Council, WAEC, the Kaduna Refinery and Petrochemical Company Ltd, the Guarantee Trust Bank and was a member of the founding team of Abuja as the nation’s capital city. All these are aside of his rare feat of attaining professorial rank in just six years in the academics. A no mean achievement! That’s an Offa man.

But in spite of his towering profile, Oyawoye said he is a minnow in the small pond that has produced the brightest and biggest goldfish for the country. “Before me there had been countless Offa men who stood head and shoulder above their peers across all professions in their time- Pa Oyediran, Pa Bilewu, Dr. Soleye, Rev. J. B. Olafimihan and, in the political clime, Chief J.S. Olawoyin, the Spartan.

“The valorous story of Moremi, a daughter of the community would remain evergreen in the account of Yoruba pantheons. And it all has not changed. The town still towers above all traditional communities in spite of few government’s presence. Offa sons and daughters have remained the brightest and the most sought across professions, winning laurels and going places. Our grace is rooted in our history, culture, orientation and even body chemistry”

Professor Oyawoye, citing himself as an example, believes that his story might have started in 1942 when he was enrolled in Offa Grammar School as one of the foundation students, or even much earlier because, he is first and foremost an Offa man who has Offa blood running in his system and so could achieve anything, with God on his side.

Offa man is a ‘wrestler’ who believes in his strength. For us, it is all about Ijakadi. He says 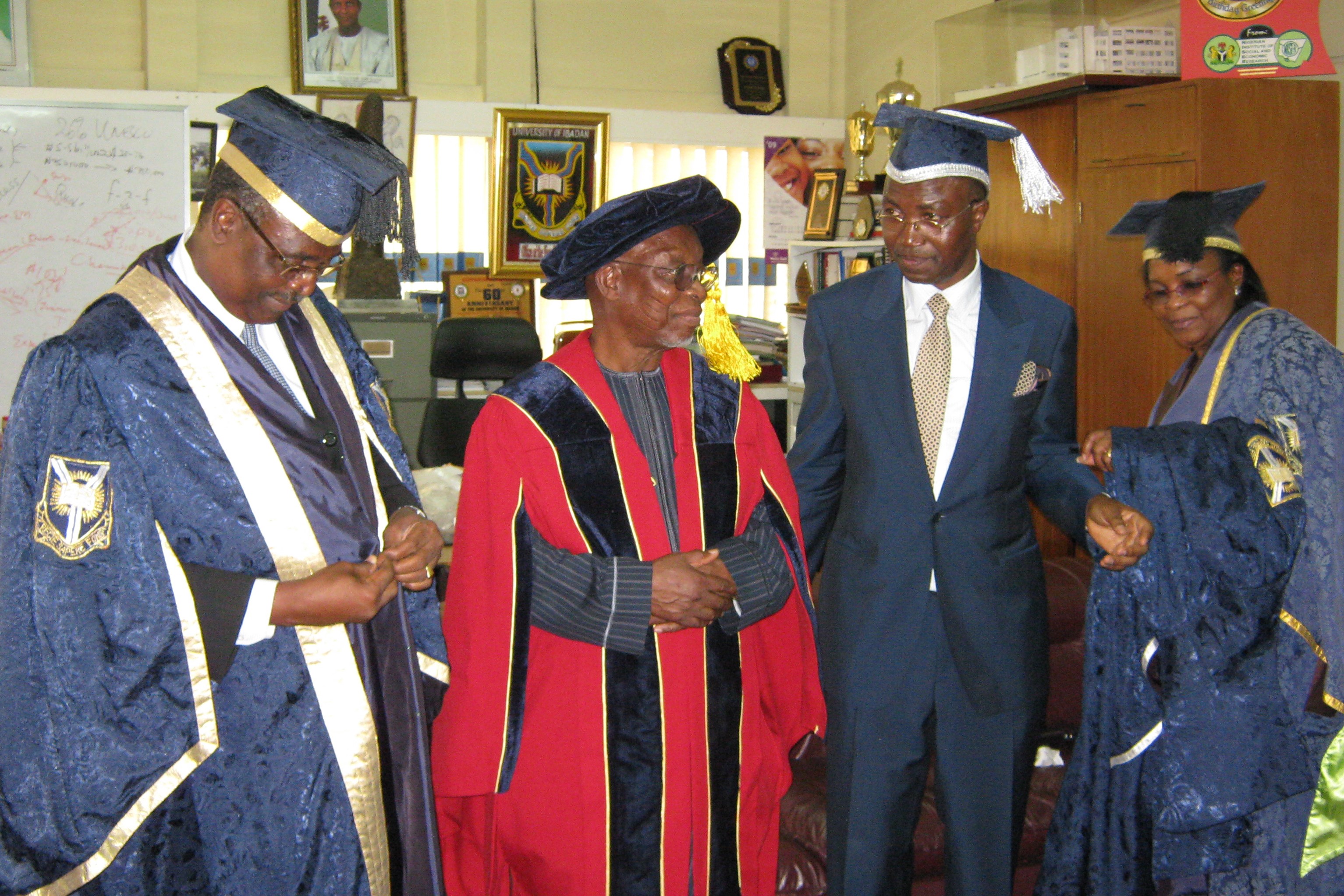 “For Offa, wrestling is more significant than what people think. The position from which you start a wrestling bout is the only thing that guarantees merit. This is because the position does not favour anybody. You are both equal at that particular moment and it is the strength of an individual that would determine the outcome. Nobody can do any favour for you at that time. If you are down, you are down. Not even your mother can help you at that point. This is a statement of justice.

“It is peculiar the way God does His things. In fact, He works in a most mysterious way. Do you know that the name you give a child has direct bearing on his life? I was called ‘‘Professor’’ when I was in Offa Grammar School, I eventually became a professor. My junior brother was called ‘‘Doctor’’ on account of the fact that he was the first baby delivered at the Maternity in Ilorin. He became a doctor.

“The word Ijakadi has a big influence on an average Offa man. There is nothing an Offa man hates as injustice. If you cheat an Offa man, he would likely kill himself. Offa stands for justice and merit. Ma ran mi lowo, ma ran oun naa lowo, e je ka mo eni to sagba ara won. Je a muu. (Don’t help either of us. Let’s slog it out). That is the philosophy of an Offa man. When we were growing up, any time we had a problem of deciding the older person among two boys or when there was contention in age, especially where both are from different compounds, we say ‘je a muu’ (let’s decide it with a fight).

The thing is more significant than that. It affects us as a people. Offa Grammar School is the only Community school that was ever established in the whole of this part of the country based purely on merit. In choosing teachers and principals, we didn’t look for an Offa indigene. We went for the best person in the market. This is responsible for the standard Offa Grammar School achieved. When we chose Adelowo (from Ogbomoso) as the Principal, it was clear that he was a first class teacher. The school’s results at that time justified his choice.

“Now, let’s go to the students. I was in the foundation class.  How many of us were Offa indigenes? Just half of the entire students. They took from Ogun, Lagos, Kabba and everywhere. From that time, admission was always for those who passed the entrance examinations. A survival of the fittest. That man called Osanyin would not care a hoot about your status or who you were. Your child must pass before he gains admission.

“The benefit in all these has been bounteous. It gave us the opportunity as students to meet people of various divergent cultures and orientations, but more importantly to grow a crop of youths, non-indigenes, who love Offa exceedingly. It has fostered an enduring friendship between most of us and these people. People like Jemibewon did more for Offa than most Offa men. This is because he loves Offa with a passion. So is General Alani Akinriade and even Oba Olasore.

“All those things that our fathers did in those days might look stupid but it pays. We are now reaping the fruit of that virtue of merit that has been inculcated in us.

“We are a political-minority. Nobody will give us preference because of politics. We are not saleable politically. See what is happening to us in Kwara politics. Except in the professional lines where we have become irrepressible, we’ve not been getting much politically as a people. But we’ve always been taught that we will compete in life.

“Go to the universities or anywhere people are employed on merit and see the population of Offa indigenes. Do a head-count of the number of professors God has endowed the community with and you’ll marvel. All these are possible because we have always been taught to work hard, compete in life and appreciate merit. That virtue of appreciating merit is a big thing and we should hold on to it. That is why the Ijakadi contest is more symbolic”