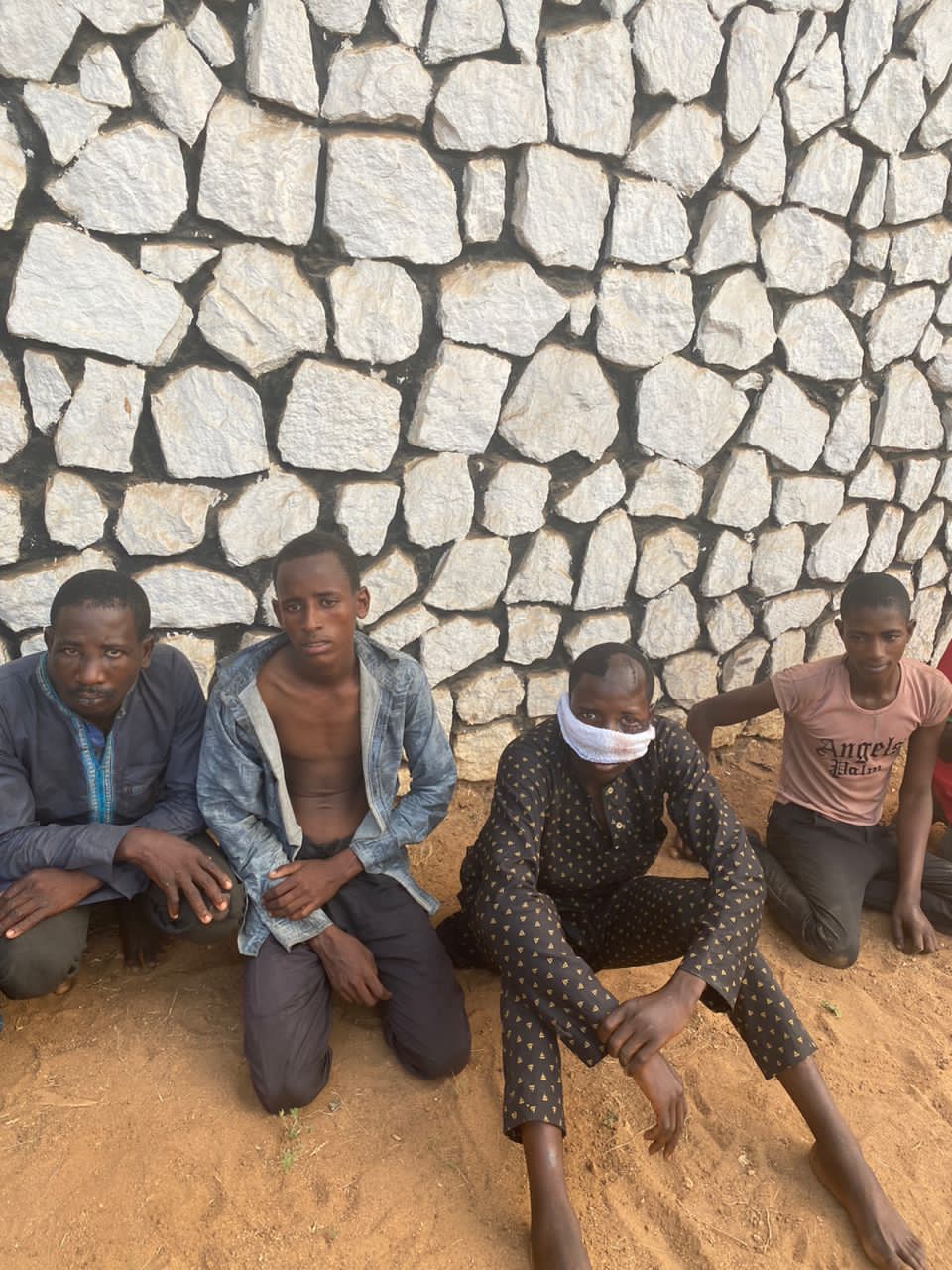 In what seems a major harvest of the month, the Kwara State police said it neutralised three kidnappers and arrested nine others in three different locations of the state in the last few days.

Two suspected motorcycle thieves were also arrested at two locations within the days.

The three dead members of the kidnap gang, Bala Idris, Hassan Idris and Baso Idris were killed by the police in a village around Bode Sadu, Moro Local Government of the state.

The Commissioner of Police, CP Paul Odama said the command's successful operation was based on actionable intelligence and his avowed zero tolerance for kidnapping in the state.

Parading the suspects, Odama said “on 22/1/2023 at about 0900HRS an intelligence available to the Divisional Police Officer, Bode Sadu to the effect that suspected kidnappers were in the bush along Balogun area, Bode Sadu in preparation to strike.

“The DPO mobilized vigilantees, hunters and police men, stormed the bush and engaged the kidnappers.

“During exchange of gun-fire, three of the kidnappers were neutralized while two suspects, Lagi Bala and Iliasu Idris were arrested with three locally made guns.

“The arrested suspects confessed to be kidnappers and cattle rustlers. They also confessed to be responsible for the series of kidnapping cases in Malete and Shao area of Kwara State”

On another group of suspects paraded by the command, the CP narrated that on Saturday, at about 1400HRS, the divisional police officer of Eiyenkorin Division, with vigilante and local hunters, “in carrying out the directive of the commissioner of police regarding a zero tolerance for kidnapping, stormed the Eyenkorin thick forest to search the hide-outs of kidnappers”

The CP said his men engaged the suspected kidnappers in the bush and, with superior fire power “some were arrested, while some suspects escaped with bullets injuries”

The same day, the police received information that a Fulani man was seen with bullet wounds inside the bush within Eyenkorin. He was traced and arrested.

“During interrogation, the suspect confessed to be a member of a kidnapping syndicates that specialises in kidnapping people around Eyenkorin oko-olowo axis.

“He mentioned one Alhaji Anta, now at large, as the leader of the gang.

In another operation, Odama said, “based on an actionable intelligence that some suspected kidnappers, who were believed to be responsible for kidnapping around the axis were sighted.

“The police quickly mobilized vigilante and local hunters and headed to the area where two kidnappers by name Yau Alhaji anta and Idris Alhaji Auta were arrested.

The suspects confessed to be responsible for the kidnap of the two kidnapped victims in Oluwalose community, oko-olowo, one Alhaji Tunde Buhari and one Muhammed Mecho.

When brought together, the Victim identified one of the suspects as one of his abductees

Two locally made guns ten catridges were recovered from the suspects

The command said the suspects would soon be charged to court after investigation.

According to the police, one Issah Shuaib and Babatunde Wahee reported the lost of their BAJAJ and a TVS motorcycles respectively.Efforts by the police led to the arrest and recovery of the stolen motorcycles.

The command said the suspects would soon be charged to court.