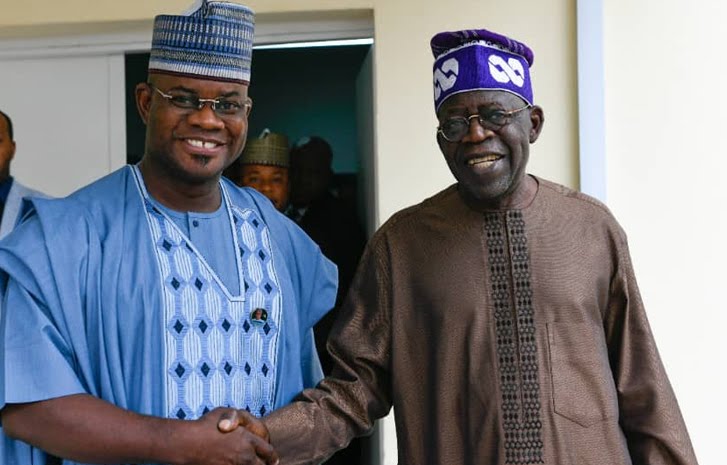 According to the campaign council, the report is a badly delivered hatchet job, saying that it was done in bad faith to create distrust, acrimony and chaos in the party.

“Our attention has been drawn to a spurious, malicious and badly delivered hatchet job on the front page of the Sunday Tribune of January 22, 2023, saying Governor Yahaya Bello of Kogi State has withdrawn his support for the presidential candidate of the All Progressives Congress, Asiwaju Bola Ahmed Tinubu.

“The publication was done in bad faith to create distrust, acrimony and chaos in the party by people who are desperately trying to disparage the unbending commitment of the Governor to the success of the All Progressives Congress in the Presidential election.

“Governor Yahaya Bello’s unflinching commitment to the campaign is not in doubt among committed stakeholders of the APC at all levels. He is constantly on the drawing board, galvanizing Kogites and youths across Nigeria to massively support the man he calls the President-in-Waiting, Senator Bola Ahmed Tinubu. This will definitely not go down well with open and veiled detractors of our Presidential candidate, who would go to any length to paint a picture of crisis where there is absolutely none,” the statement read.

It was added that aside from winning and sustaining the support of the majority of Nigerian youths for Asiwaju Bola Ahmed Tinubu, “Governor Yahaya Bello has effectively mobilized Kogites to deliver not less than 95% Kogi votes to the Presidential Candidate of our party, the All Progressives Congress.

“It is therefore not a surprise that those who want to share in the glory of the impending landslide victory without contributing to the efforts, are hiding behind “the evils of journalistic anonymity” to cause disaffection.”

They added that the Kogi State Governor, “Alhaji Yahaya Bello, has always been the star boy of the party, having delivered on critical assignments in the state and at the national level and also recently, registering millions of youths, women and people living with disabilities into the party. He is proud of the Presidential Candidate of the party and has no doubt whatsoever in his capacity to take Nigeria to the desired level.”

“It is laughable, ludicrous and unthinkable to insinuate that the man working so hard to deliver massive votes for the Presidential Candidate of the party is the one naysayers would accuse of non-commitment.

“The TownHall Meeting to bring the Presidential Candidate of the Party face-to-face with the Nigerian youths at the nation’s capital, remains one of the boldest highlights of the Campaign till date. The Governor also remains the only known contestant in the Presidential primaries to have donated his campaign secretariat to our candidate, which is being used by the youth directorate of the campaign till today.”

“Governor Yahaya Bello will continue to work assiduously for the resounding success of Asiwaju Bola Ahmed Tinubu at the February polls to the consternation and disappointment of those who are desperately working to create a storm in a tea cup for selfish reasons.

“The Governor who is the leader of the party in the State, the leader of the State Campaign Council and the National Youth Coordinator of the presidential campaign, will remain undaunted by the spurious lies and remain unwaveringly committed to the desire of Nigerians to have a Tinubu-Shettima pivot from May 29, 2023.

“We however wish to call on the media to avoid being tools in the hands of desperate politicians in their efforts to assassinate the characters of well meaning Nigerians. As a Campaign Council, we are miffed by the fact that a medium as reputable as the Nigerian Tribune could be dragged off the lines of responsible journalism by elements who are enemies of Kogi State and the APC in general. This is clearly against the ideology and principles of the founding fathers of such a platform.

“We again reiterate the commitment of the Governor to the landslide victory of the Tinubu -Shettima Presidential ticket and urge members of the public to ignore the concocted falsehood celebrated on the front page of SUNDAY TRIBUNE,” it added