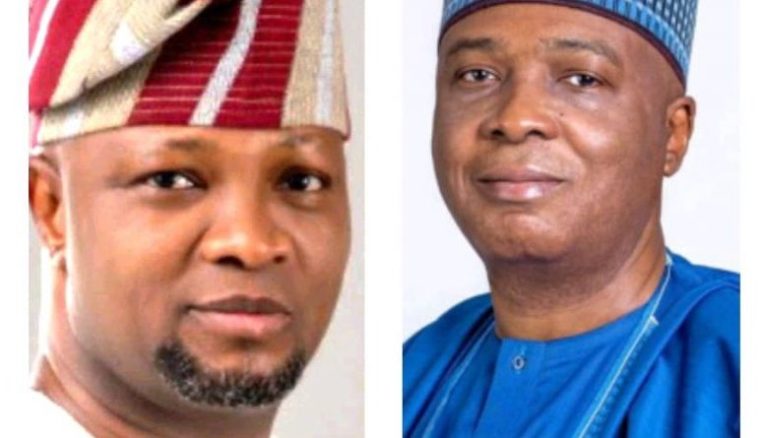 The Lagos State PDP has described the former senate president, Dr Bukola Saraki, as a quintessential leader whose contributions to the nation remained indelible as he marked his 60th birthday.

The party, in a congratulatory statement by its Publicity Secretary, Mr Hakeem Amode on Monday, said the former two-term Kwara governor’s contributions to the PDP also remained immense and of great emulation.

Amode said the chapter found Saraki worthy to be celebrated on the occasion of his 60th birthday.

“His contributions to the development of our nation show his love toward the country and evidence of the advancement of his family legacies which his family established from the time of Baba Oloye.

“This is a foundation that he (Saraki) has successfully built on and advanced for the upliftment of his people and the country in general.

“As you clocks the age of 60 years, we, the leadership of the PDP in Lagos state, finds your landmark birthday worthy of celebration,” Amode said.

According to him, the PDP Governorship Candidate, Dr Abdul-Azeez Adediran (JANDOR), the leadership of the party under the Chairmanship of Hon. Phillip Aivoji, the executives, and members wish Saraki a happy birthday and prosperous years ahead.

“We make bold to say that as we prepared to recover and rebuild our nation Nigeria, the worthy gift will be to see our party govern the country in 2023 and we are prepared in Lagos state to grant that in the next election.

“As always, your contribution toward the enthronement of true democracy in Nigeria remains another great gift you can be given and we look forward to giving that to you as well in Lagos state.

“Once again happy birthday and wishing you long life in good health and prosperity,” he added.

Similarly, Adediran, in another statement by Mr Gbenga Ogunleye, Head, Media and Communications, Jandor4 Governor Campaign Organisation, described Saraki as an exemplary leader whose impactful contribution to the development of the nation was outstanding.

“Your altruistic commitment to the project of rescuing and recovering our dear nation is outstanding and exemplary. Happy birthday to you, my leader.

“I wish Dr Saraki many happy returns of this day in good health, sound mind, and all-around peace as he continues in his selfless service to the nation,” Adediran said.