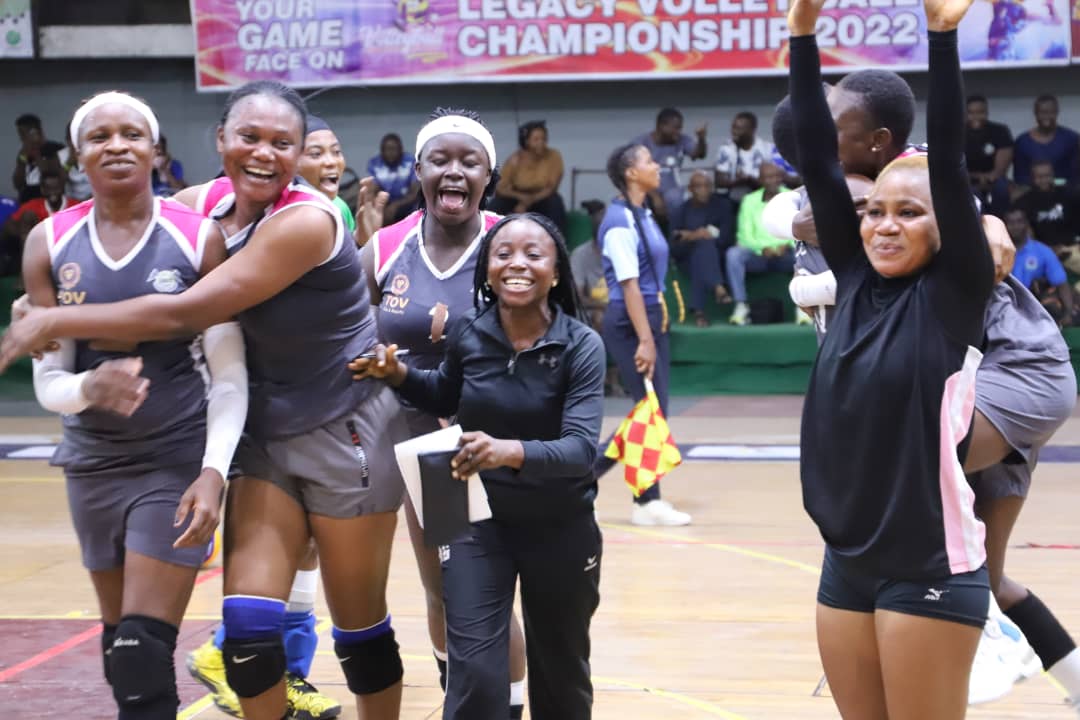 The winners of the 2022 Legacy Volleyball Championship, on Friday said that the team did not emerge as the overall champion by chance, but that hard work, resilience and team spirit gave the team an upper edge.

The skipper of the team, Rofiat Mustapha, in an interview with the News Agency of Nigeria (NAN) on the sidelines of the final match between Team Offa and Team Elite also praised the team’s effort.

Team Offa emerged as the champion of the 2022 Legacy Volleyball Championship in the female category after they defeated Team Legacy 3-1 at the Indoor Sports Hall of the National Stadium, Surulere in Lagos State. Team Offa

Mustapha said that the team had from the first match set out their hearts to take something out of the volleyball championship through adequate training.

“We are so delighted to win this competition, it is a worthy reward for our dedication and with God on our side.

“The journey toward winning this tournament has been a long one because we have been training for a while now. Also, the urge to win the tournament started from the first game.

“We did not win by chance at all; we won because of the team’s work rate, determination and resilience, we believe that we can do it.

“Our victory is dedicated to God. Also, we appreciate our coach who put in so much effort and the Offa people in Ilorin,” she said. (NAN)