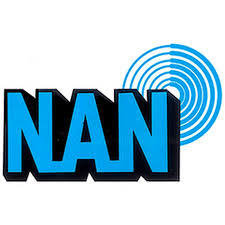 The 12-zone operational structure of the News Agency of Nigeria (NAN) is set to take off with the management's unveiling of new Zonal Managers.

NAN reports that the new zones will begin operation on Jan. 1, 2023.

It would be recalled that the agency hitherto operated a six-zone structure until management's decision to spilt it into 12 zones for administrative convenience, effectiveness and increased coverage, especially at the grassroots level.

The new Akure Zone, which has Ondo, Ekiti and Osun states, was carved out from the old Ibadan Zone while Owerri Zone, excised from the old Enugu Zone, now has Imo and Abia as component states.

Asaba Zone, created out of the old Port Harcourt Zone, has Delta, Edo and Bayelsa as component states while Maiduguri Zone carved out of the old Bauchi Zone now comprises of Borno, Adamawa and Taraba states.

Sokoto Zone made up of Sokoto, Zamfara and Kebbi States was excised from the old Kaduna Zone while Minna Zone comprising Niger, Nasarawa and Kogi was created out of the old Jos Zone.

The new managers and their zones, according to a statement issued by the management of the Agency in Abuja, include Adebayo Sekoni, a Deputy Editor-in-Chief, who would head Akure Zone.

The statement also said management reviewed its operations in the year ending and had introduced cost-cutting measures to ensure it remained afloat in the face of increasing cost of doing business, inflationary trend and decreased budget.

" The agency is also pursuing possibilities for partnerships to increase revenue generation while working with reputable global news agencies.

" For instance, during the year under review, the agency signed agreement with two foreign agencies-Turkish News Agency (Anadolu) and Bulgarian News Agency (BTA)," it said.

Meanwhile, plans are ongoing to reopen the continental offices in South Africa, Ethiopia and Cote D'ivoire in the first quarter of the new year, according to Managing Director, Mr Buki Ponle.

He thanked workers for their steadfastness, adding that with increased budgetary allocation and internally generated revenue, more resources would be provided for welfare, training and working tools.(NAN)